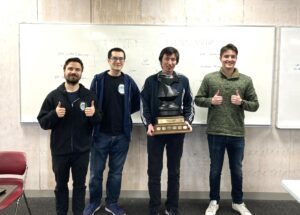 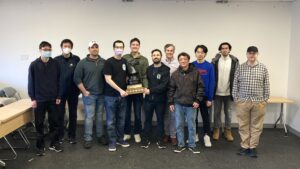 FIDE Master John Doknjas and Victoria Doknjas’ new book, What Chess Coaches Don’t Tell you, is publishing April 2023 in Europe and May 2023 in North America. 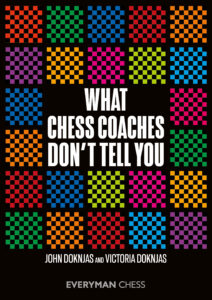 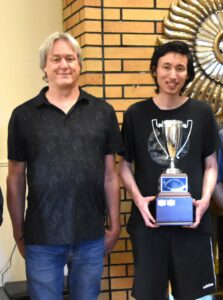 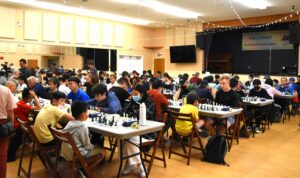 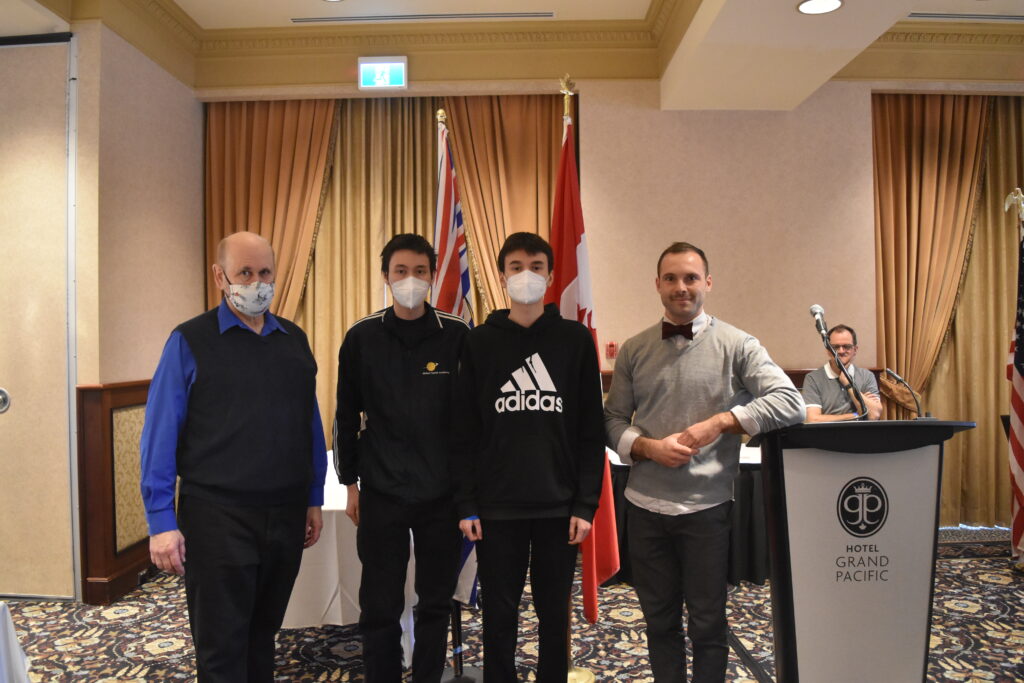 Check out the PDF extract on the Everyman Chess website. 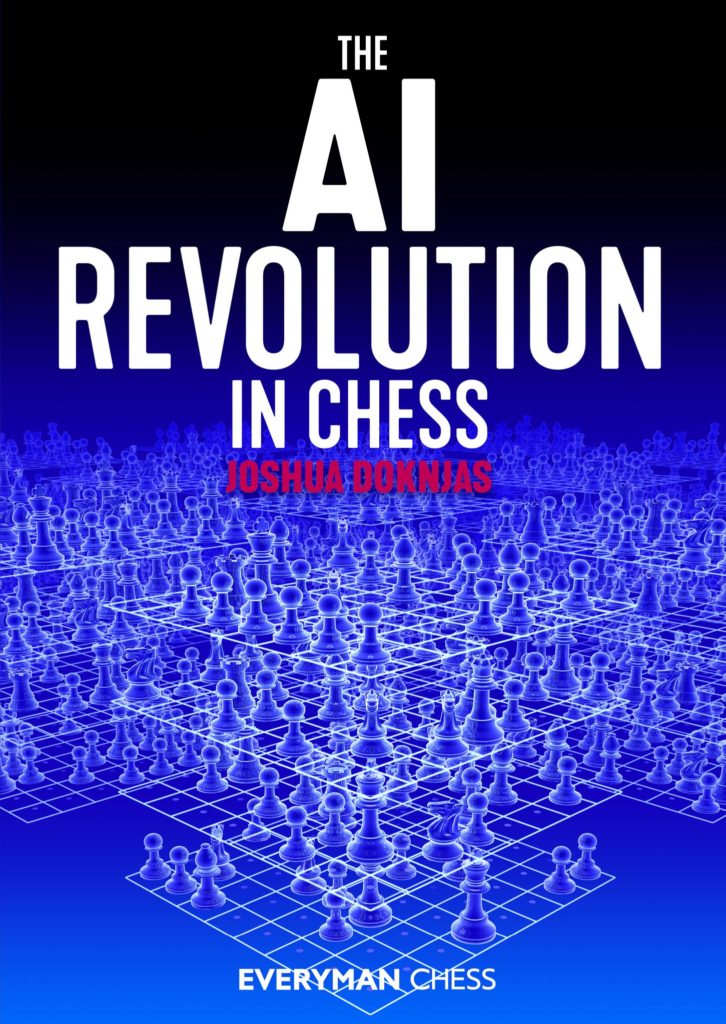 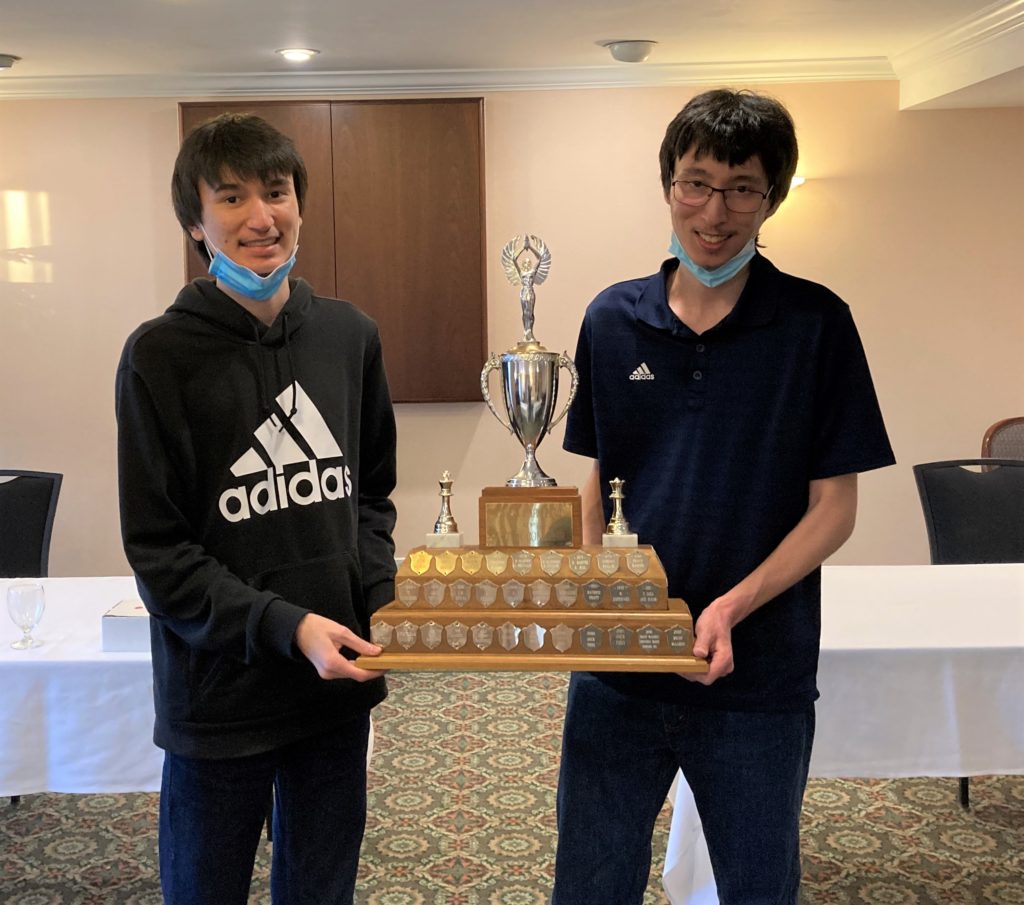 FM John Doknjas wins the 2021 BC Championship with an undefeated score of 5.5pts/7 games.

This was the 104th BC Championship that was held over the Thanksgiving long weekend at the Hotel Grand Pacific in Victoria, BC. 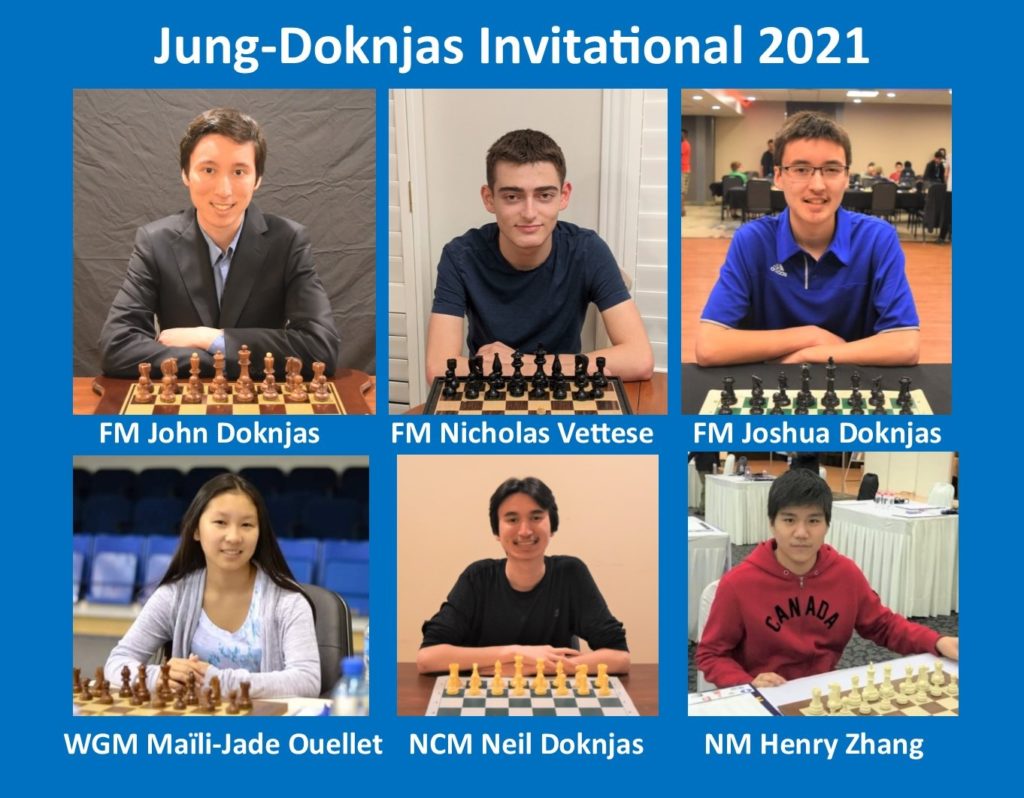 The 2021 Superbet Chess Classic is the first event of this year’s Grand Chess Tour and it takes place in Bucharest, Romania from June 5 to June 14. Canadian FM Joshua Doknjas had a look at four interesting games from the first five rounds of the tournament, all of which contain important opening ideas and are dynamic battles.

FIDE Master Joshua Doknjas‘ Chessable course on Dealing with Flank Openings has just been published today (June 3, 2021). The course is an opening repertoire for Black against 1.c4, 1.Nf3, 1.g3, and other flank openings. 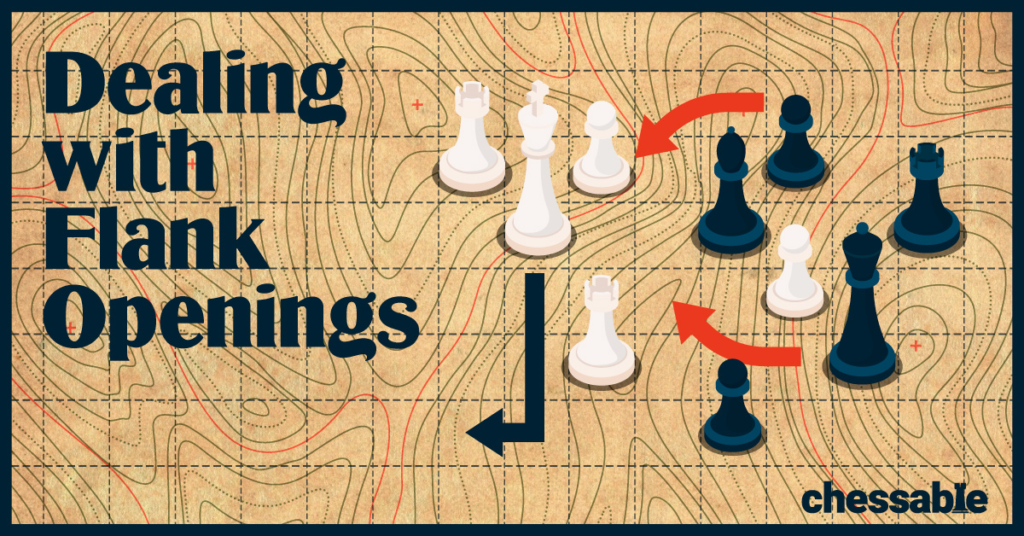 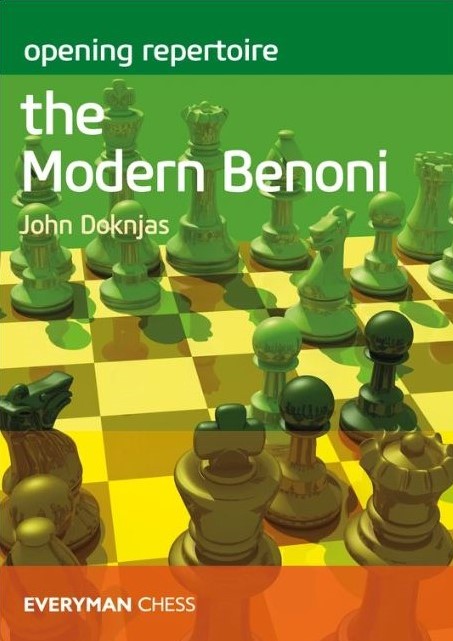 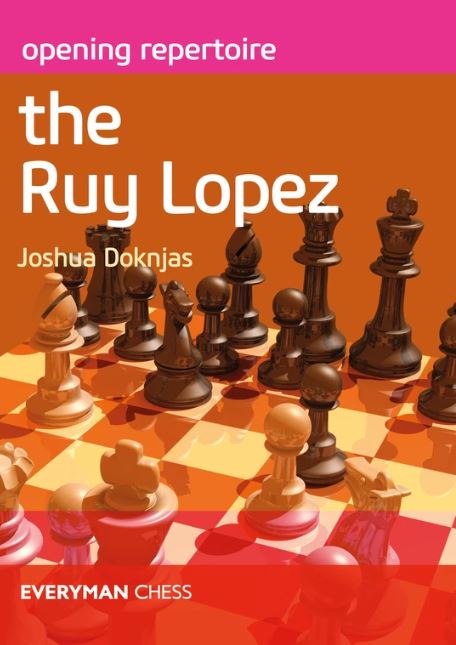 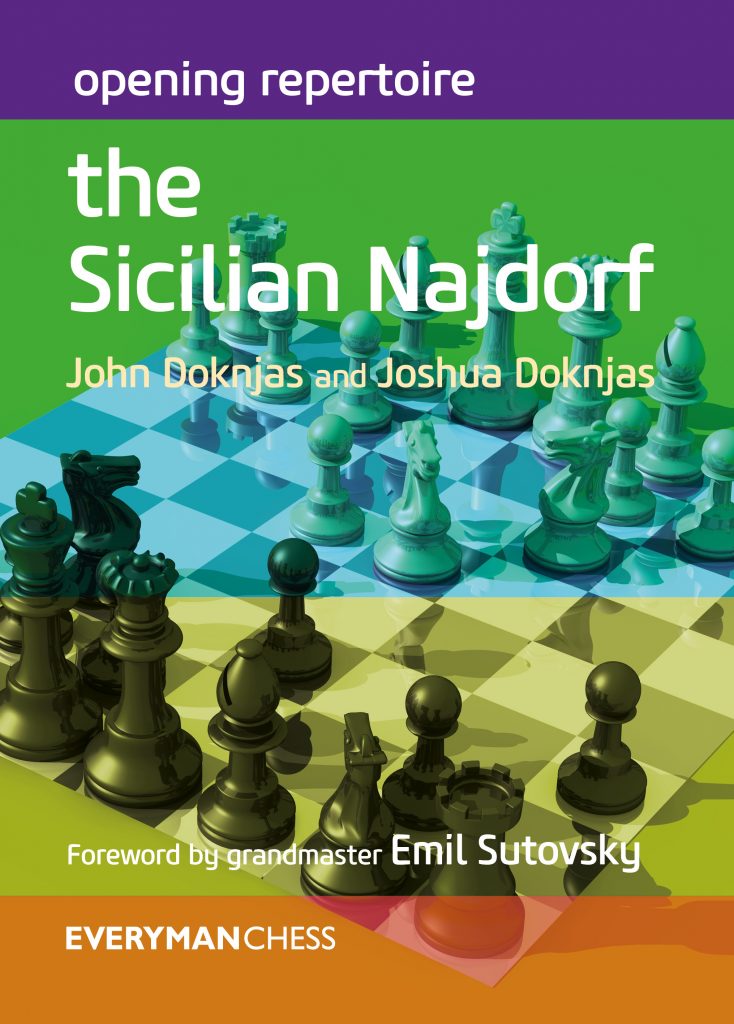 Announcement by Christina Tao, CFC Youth Coordinator, on CFC’s sponsorship of the National Training Program provided by Juniors to Masters: 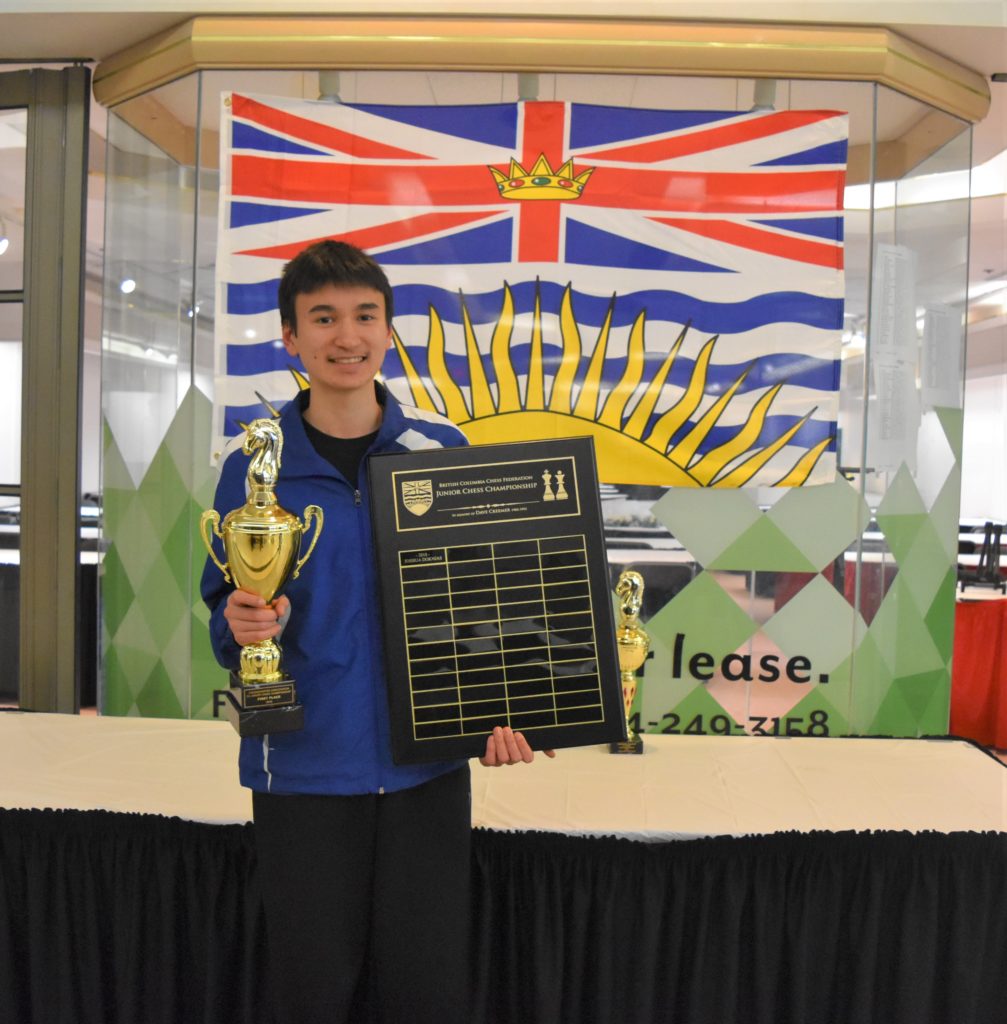 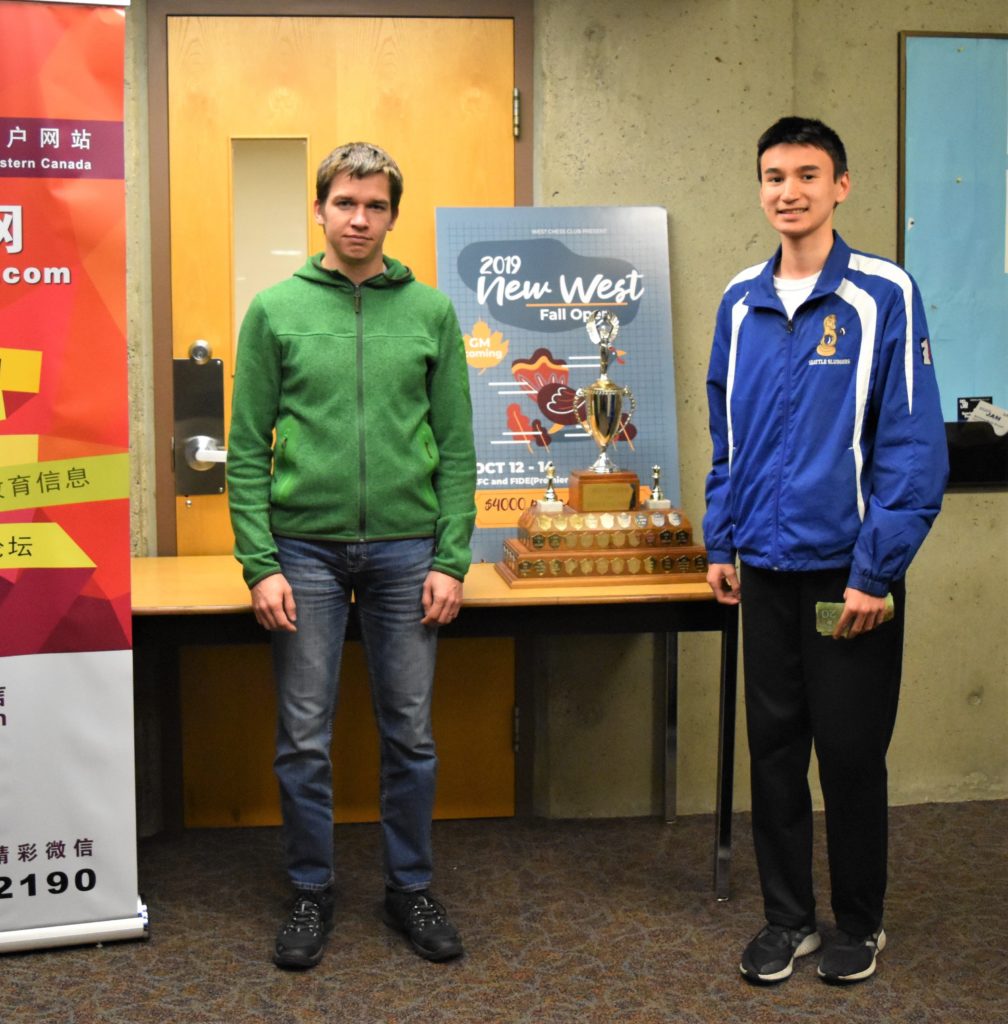 Neil Doknjas tied for 2nd Place in his first BC Championship. FM Grigorii Morozov wins 2019 BC Champion undefeated with a score of 6pts./7 games. 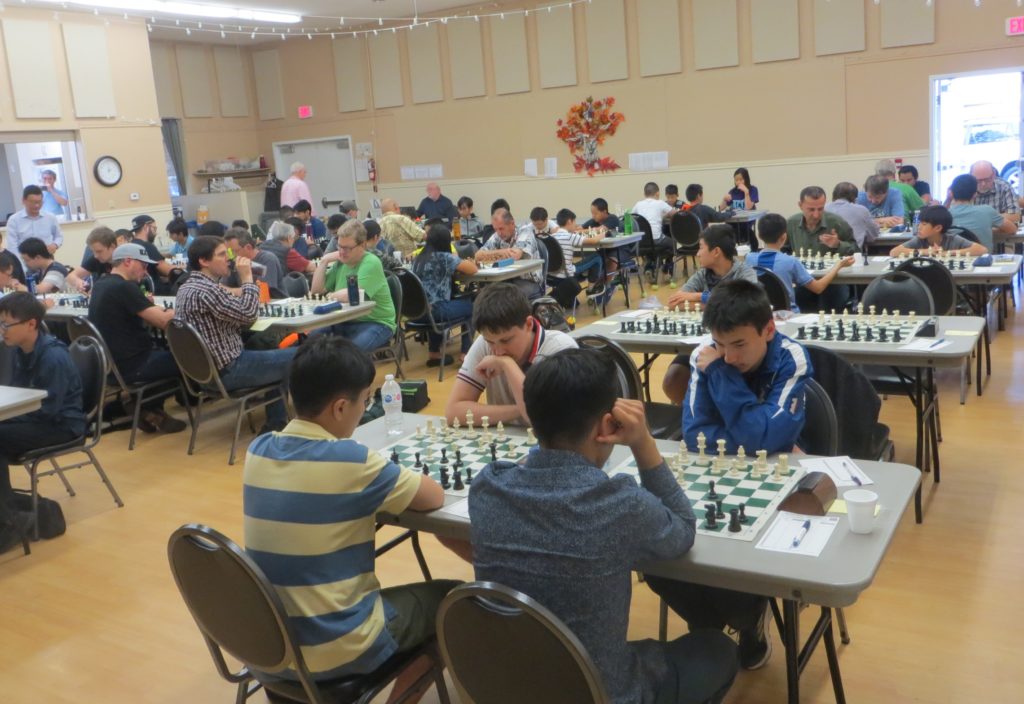 Neil Doknjas wins the qualification spot for the 2019 BC Closed at the Langley Open. It was a record breaking 82 players. 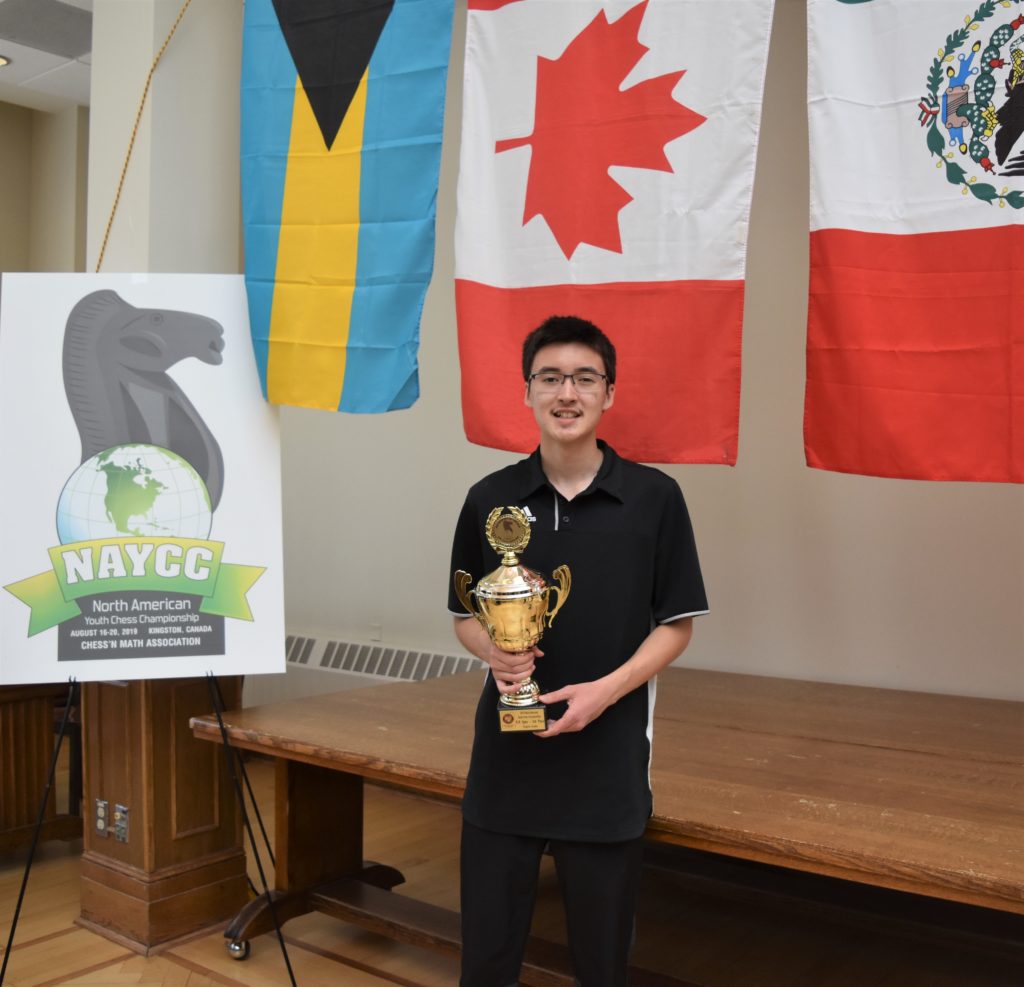 Joshua Doknjas tied for 1st Place at the 2019 North American Youth Chess Championships in the U18 Open Section.  He earned his FM Title and one IM Norm. 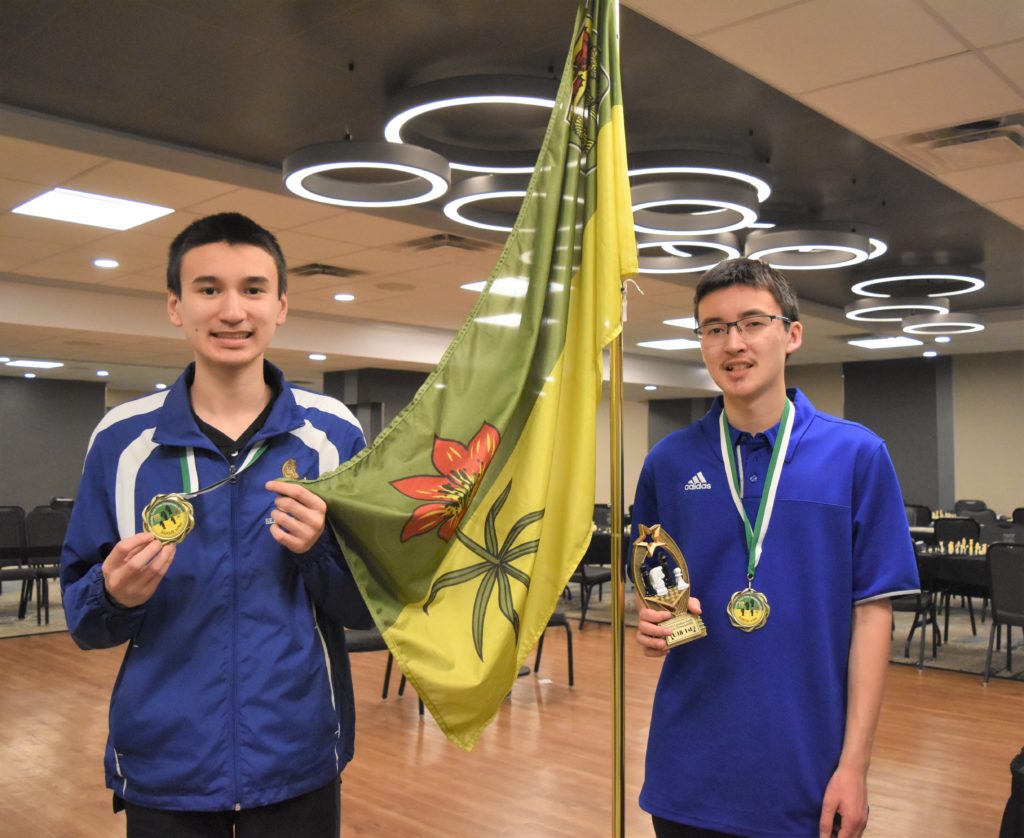 The CYCC is the National championship with six age groups, U8, U10, U12, U14, U16, and U18 for both Open and Girls.  The top 3 in each section qualifies to Team Canada and goes on to represent Canada at the World Youth Chess Championships and World Cadet Chess Championships. 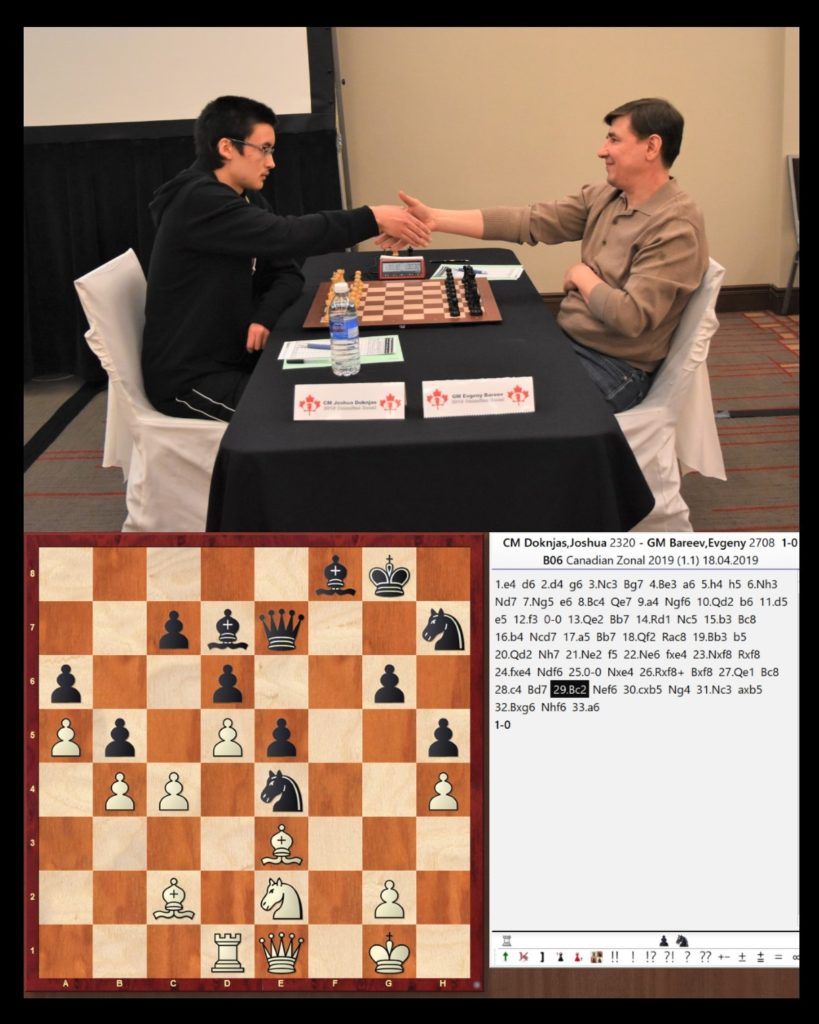 Round 1 started with a spectacular game on Board 1 with National Master Joshua Doknjas defeating Grandmaster Evgeny Bareev, who is the highest rated player in Canada (2700+) and a former Top 5 in the World. GM Bareev went on to win the 2019 Canadian Championship with 7 wins and 1 draw and will go on to represent Canada in the World Cup. NM Joshua Doknjas ties for 7th-10th Place with a score of 5.5 pts/9 games.

BC has won the last 3 Intermats, and remains undefeated for a straight 4th year. 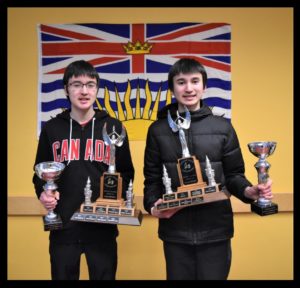 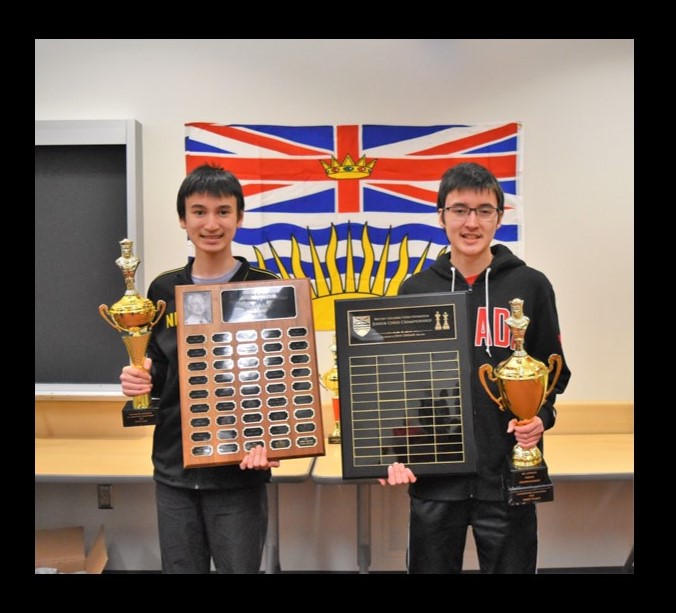 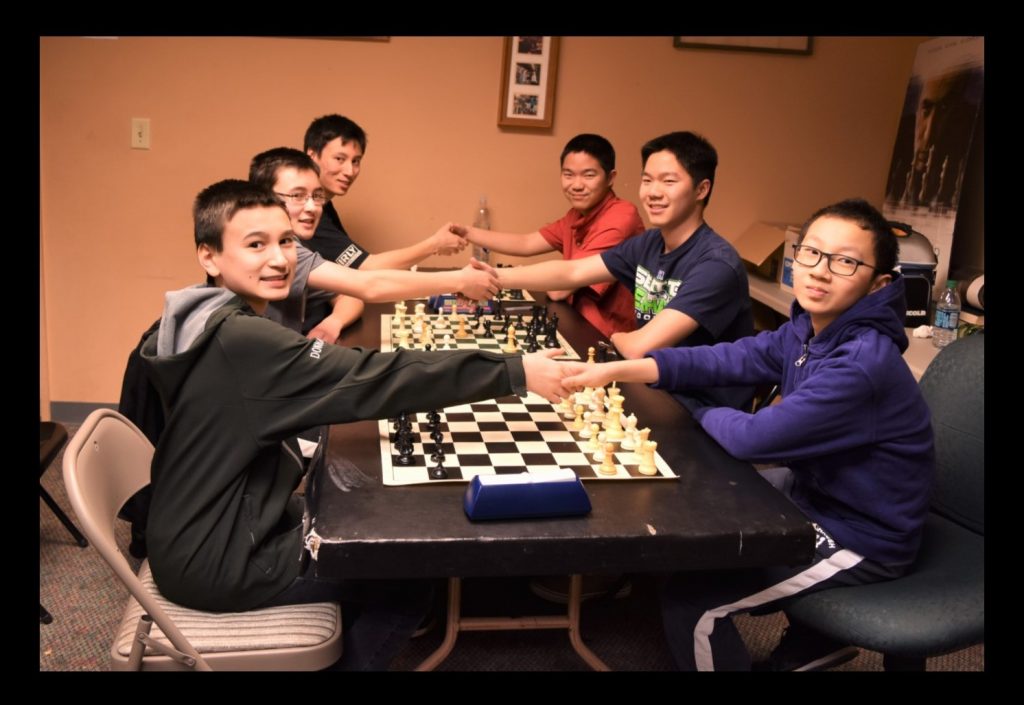 Many people remark how unique it is that Team Doknjas includes 3 brothers playing competitive chess at a provincial, national, and international level. So, we were curious to find out the experiences of others with close family members who play competitive chess.  With that, we will begin our new series on Families Playing Chess and share with you what we found out from families.

The annual BC Closed got underway tonight at the Irving K. Barber Learning Centre, on the University of British Columbia campus. Play continues during the Canadian Thanksgiving long weekend (Oct 5-8, 2018).

Over 70 players registered to play in the 2nd annual New West Open, which takes place during the Canadian Thanksgiving long weekend, Oct 6-8, 2018.  This year the venue is the Royal City Centre.

70 Players gathered at this year’s Langley Open to break its largest attendance record. This is the last qualifying tournament for the BC Closed (BC Championship). The Langley Open is held over the Labour Day long weekend (Sept 1-3, 2018) and is the only major BC tournament that is one big section, giving our up-and-coming players an excellent opportunity to take on some stronger competition. Watch OUT! 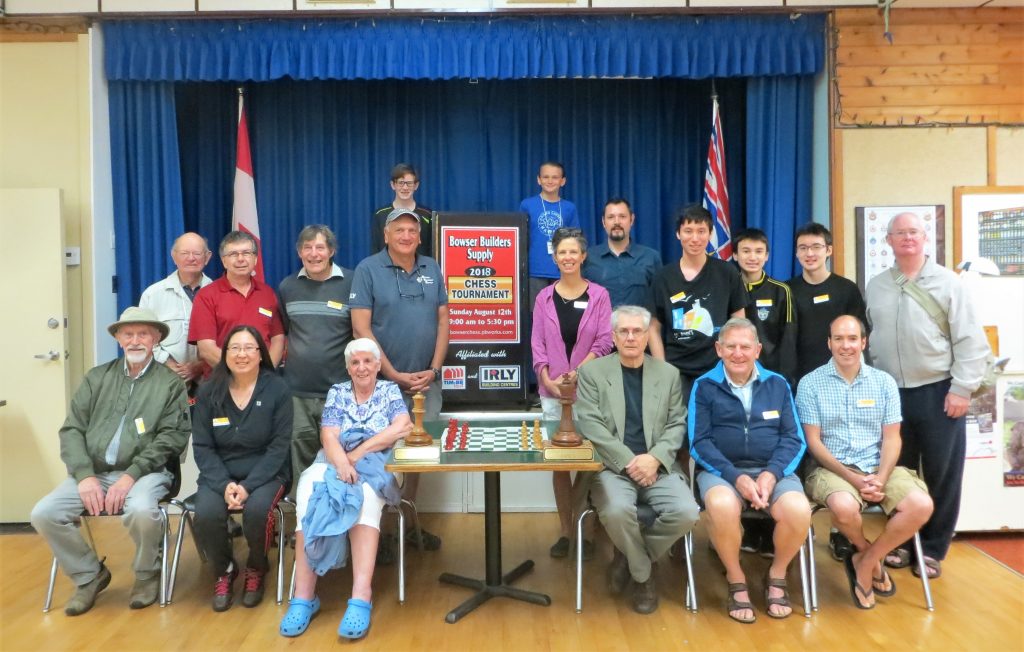 The 10th Bowser Builders Open received yet another year of outstanding sponsorship from Bowser Builders Supply in association with TimbrMart and Irly.  Chief Organizer and TD Robert McFetridge again provided a well-organized and enjoyable tournament which welcomed 17 Players whose hometowns hailed from as far away as Katikati New Zealand, Portland Oregon, and locally in BC:  Surrey, Victoria, Nanoose Bay, Parksville, Qualicum Beach. 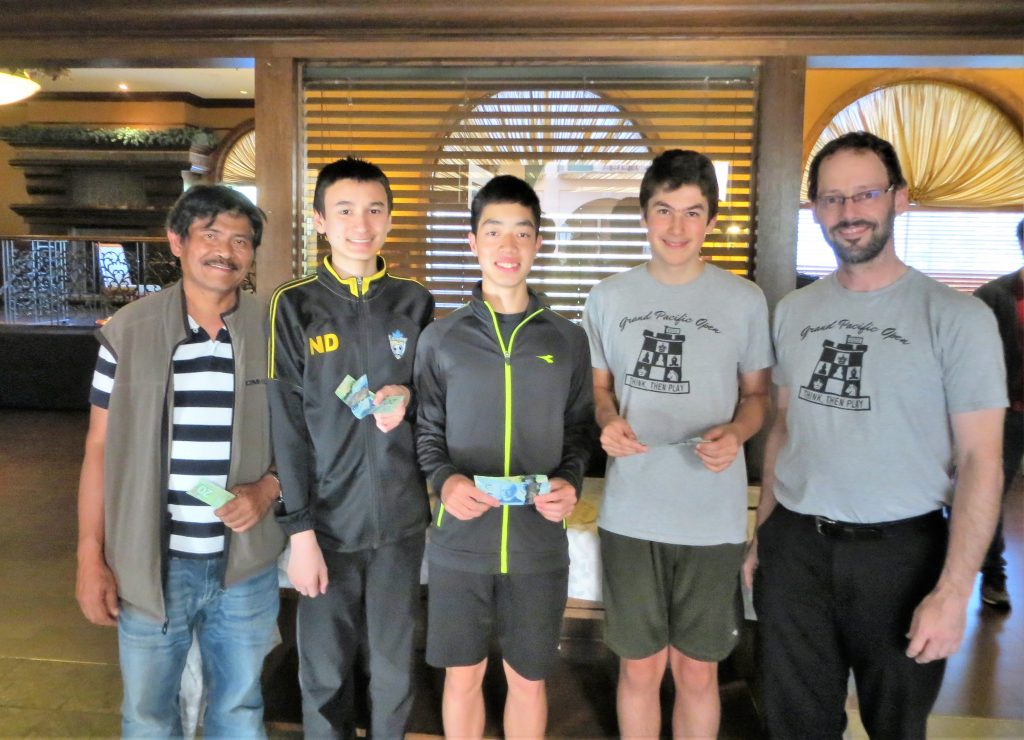 95 players enjoyed a tropical themed venue with rounds starting with prize draws for those in their seats. Chief Organizer Jeffrey Street arranged for 4 sections (Open, U1900, U1500, and U1100) in this 2nd year of the Semiahmoo Open. 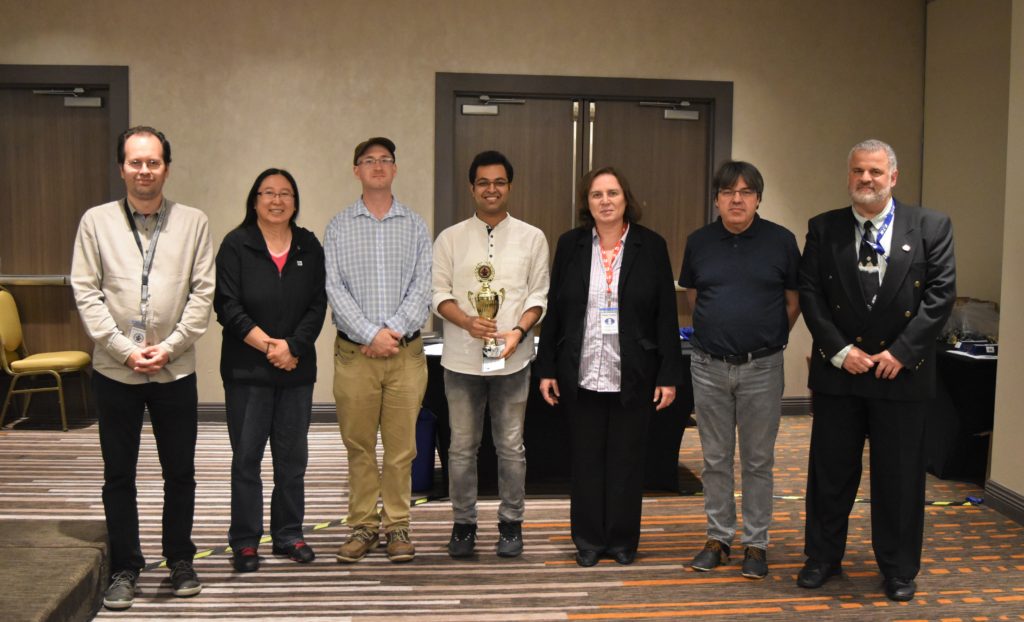 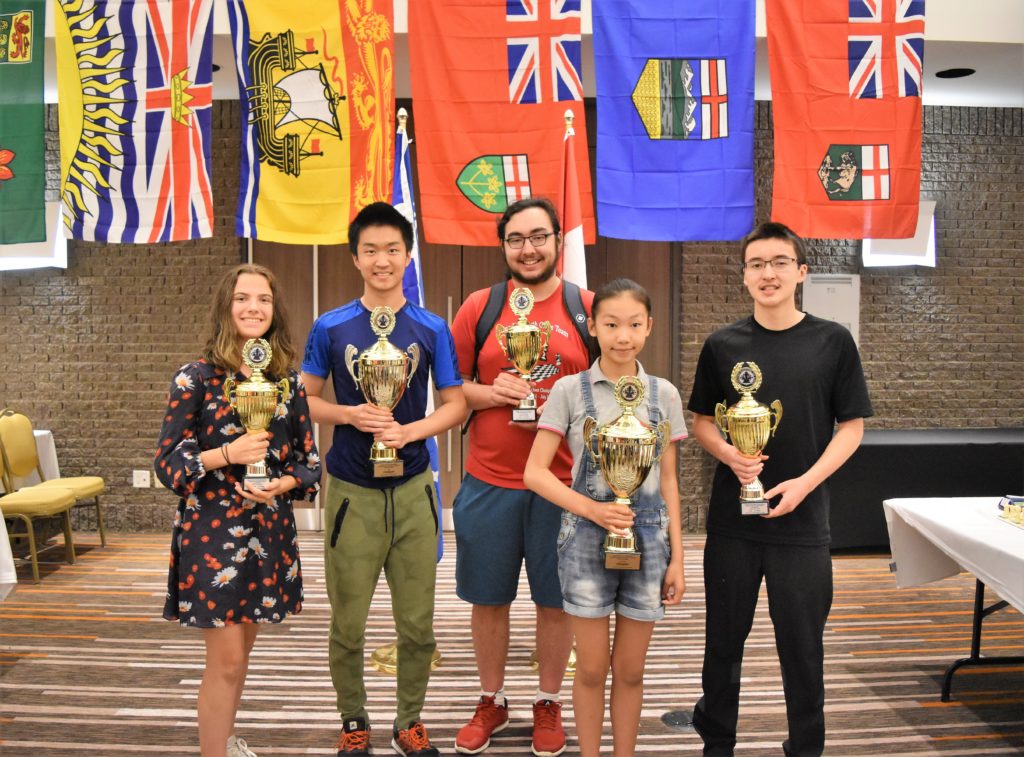 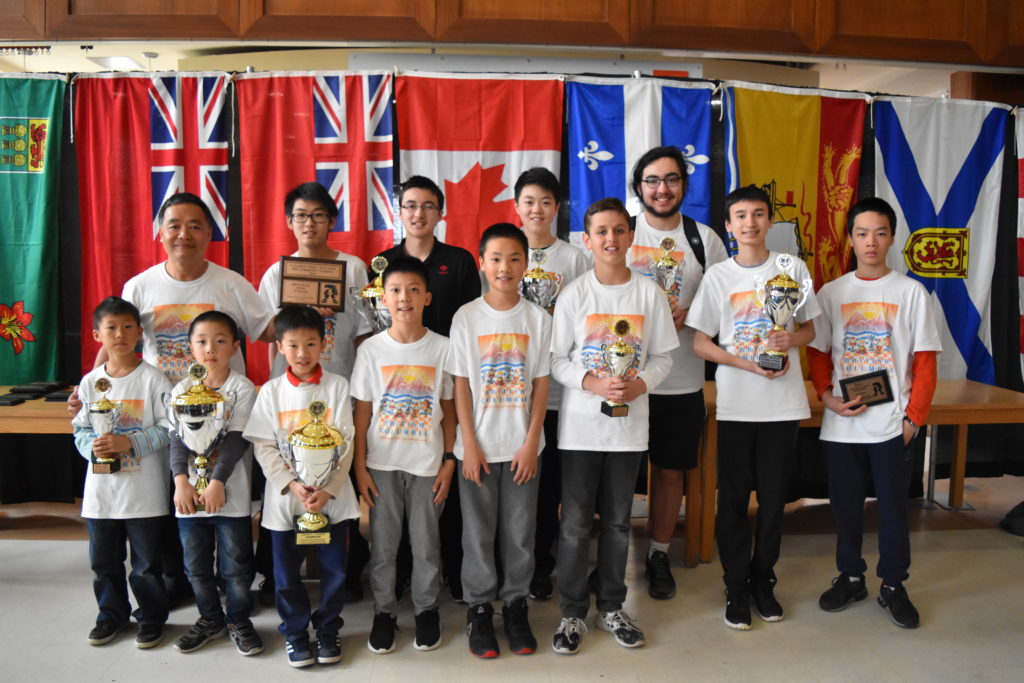 Team BC, along with the other 9 provincial teams, took part in the 30th Edition of the Canadian Chess Challenge (CCC) in St John’s, Newfoundland. 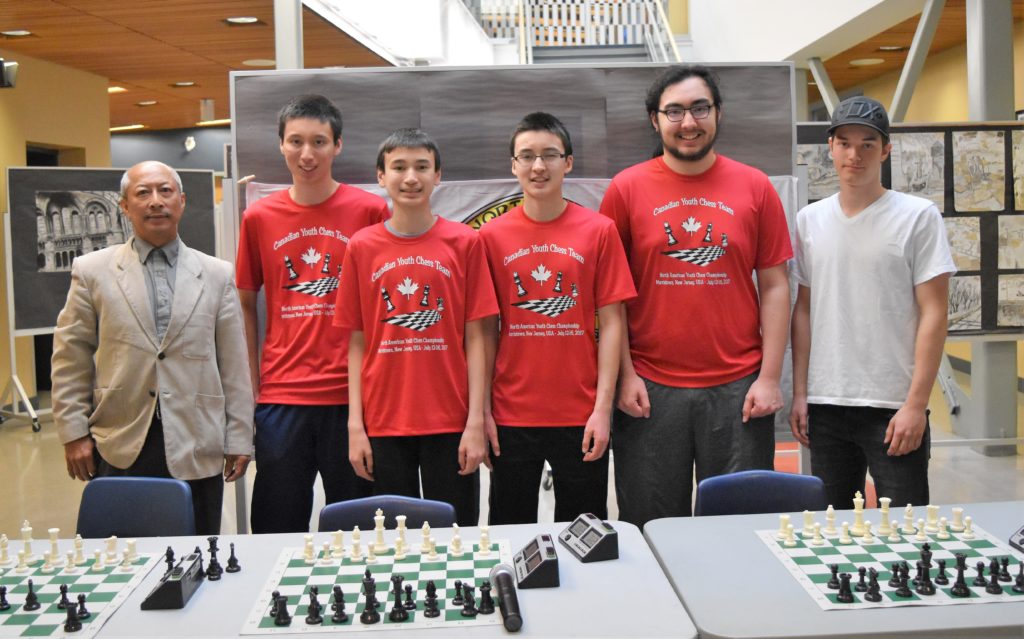 Welcoming all students from Kindergarten to Grade 12. Players will play 5 rounds of chess with other students in the same grade section to vie for the title of the 2018 North Vancouver City Chess Champion!  The 3 sections are:  K to Grade 3, Grade 4-7, and Grade 8-12. 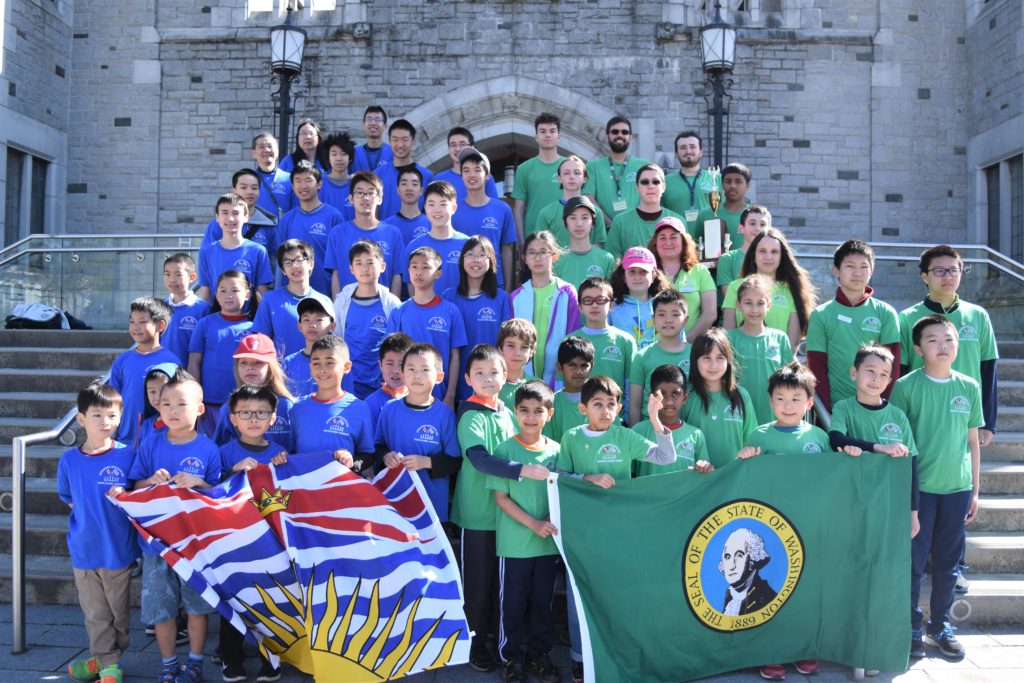 Team BC played host to Team WA in the annual BC-WA International Team Match (Intermat). The top 2 BC players from Kindergarten to Grade 12 played their counterpart top 2 WA players. 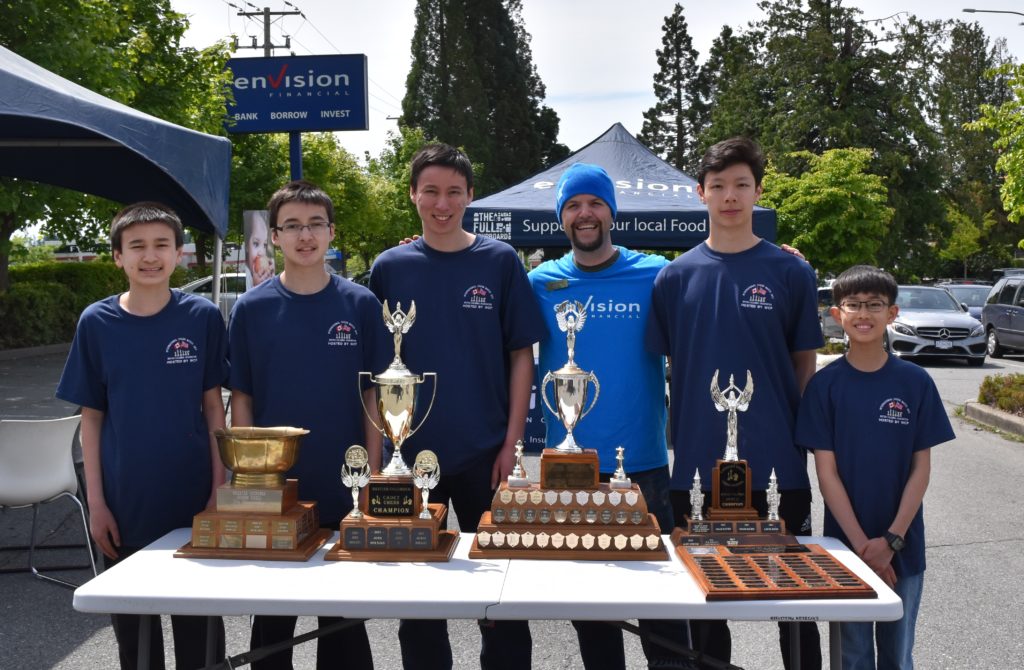